Well....E decided at the last minute he wanted a Pirate Party, so we compromised and it was a Rockin' Pirate Party. Little Miss even looks like she's talking like a pirate in this picture. 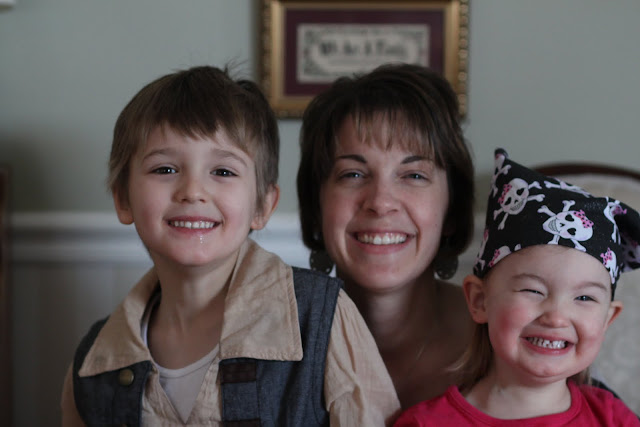 I like to have some things for the kids to do; it tends to keep them occupied in a productive way rather than just running around the house acting like pirates! First, they decorated buckets (bought at the Dollar Tree for..well yes...a dollar!). They decoupaged cutouts made on the Cricut and put stickers on them....1/2 the kids liked the project...and yup, the other 1/2 ran around acting like pirates (E included, of course!). After the project was complete, they used the buckets to hold the gold and pink coins they found outdoors. Later they cashed in their coins for prizes...that was fun! 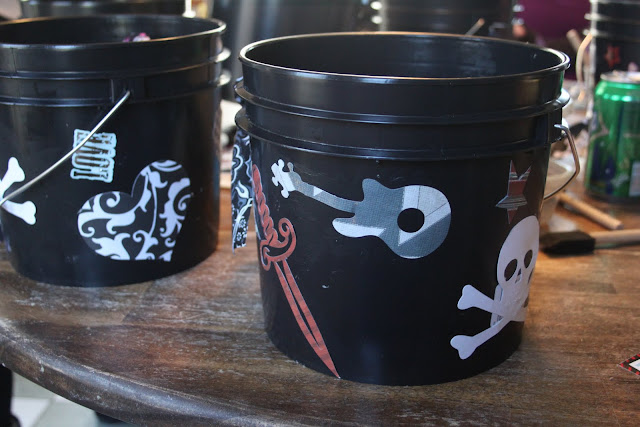 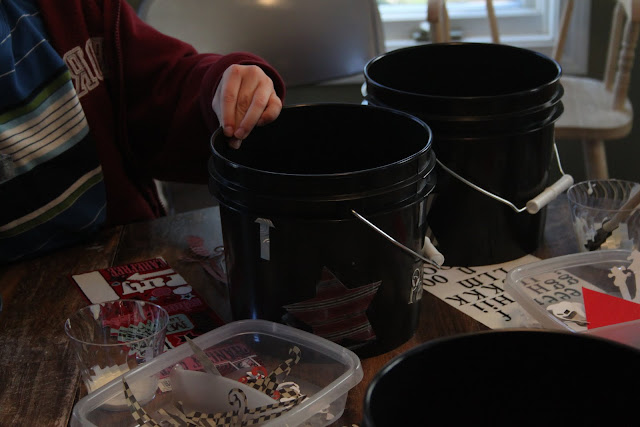 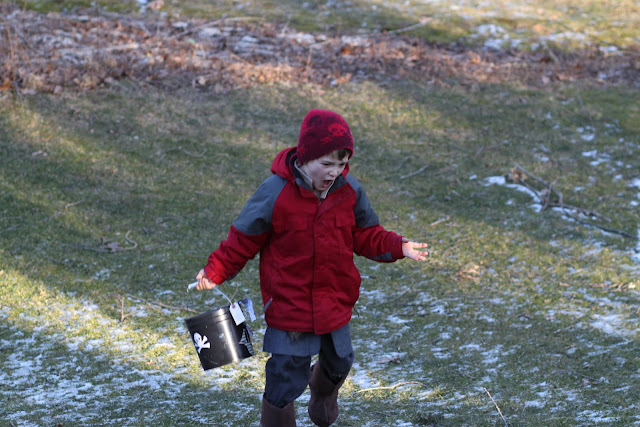 FINALLY it was time for cupcakes and hoodsie cups...the most popular event of the day! 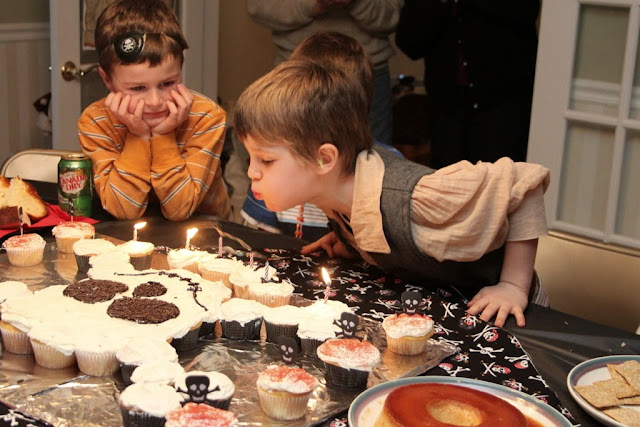 There was still some time after cupcakes to search for treasure. We definitely had some "sneaky" pirates in the group...or was it really a coincidence that everyone came very close to the X marks the spot? 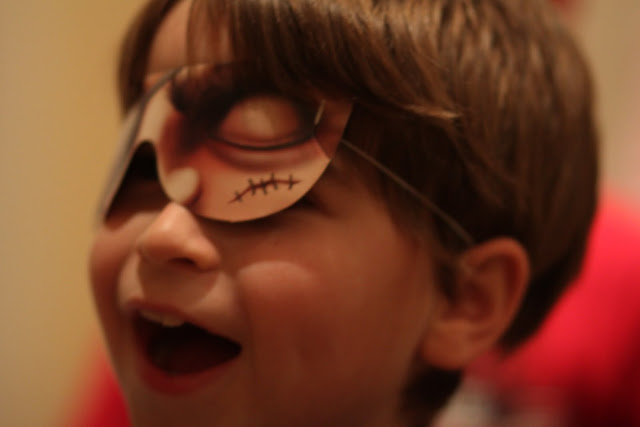 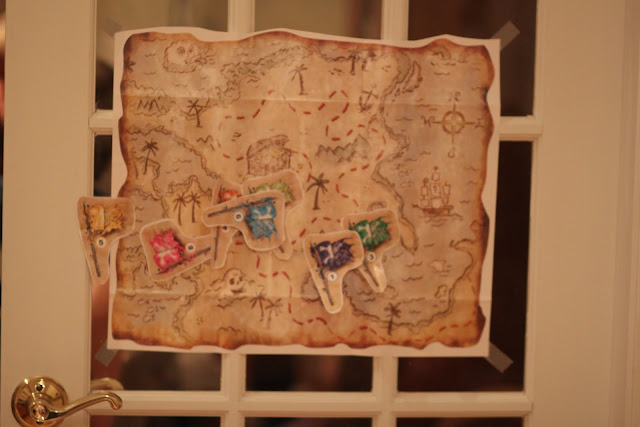 And here is the cutest Rockin' Pirate on the block! I still can't believe he's 6!!! 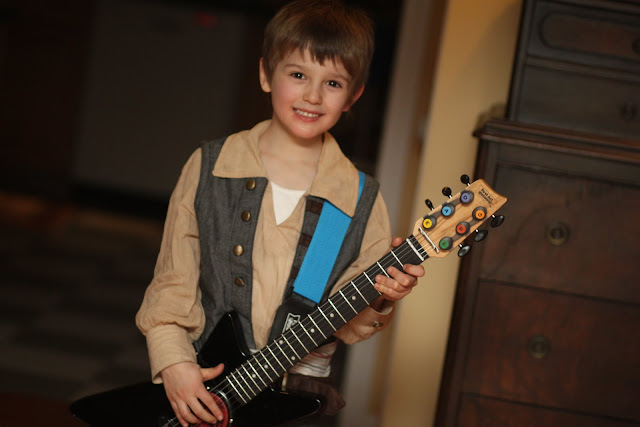