Generally E has decent taste, and in the past has selected really good gifts from the school's holiday shop. This year, however, I think he must have been under some pressure to move quickly and made some impulsive purchases. Two of which were for his great grandmothers. I wouldn't have put them on the list for him to purchase a gift, but he insisted. He selected earrings....BIG, LOUD earrings that my grandmothers probably would not wear (and in one case, couldn't wear because she doesn't have pierced ears). I didn't want him to be hurt or offended if they were not able to tactfully "appreciate" his gifts. I delicately explained to him that his grand memeres couldn't wear those earrings, so maybe we could make them into something else. We made them into handmade ornaments.
Here is the before..... 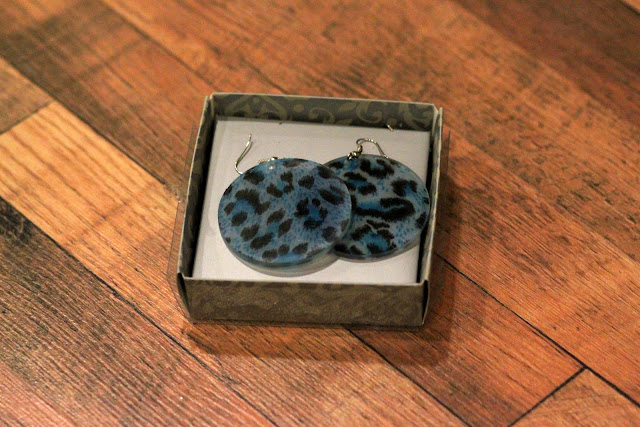 E punched the snowflakes, chose the glitter and wrote Grand Memere on the tag. 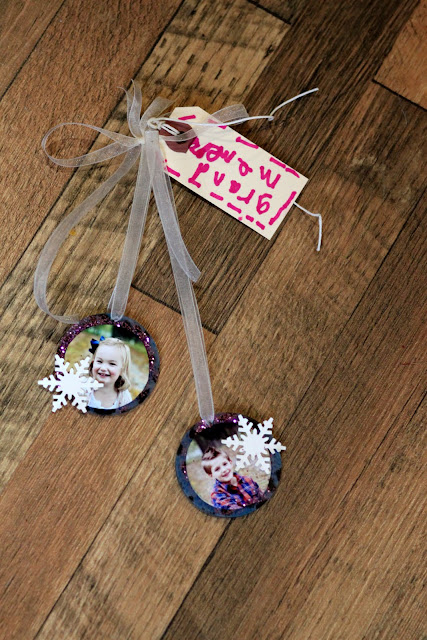 For this one, I just punched a couple of holes on the bottom of the ornament and put the earrings through the holes. I twisted the wire on the earrings so they wouldn't come off. Again, E wrote a tag that says Grand Memere. 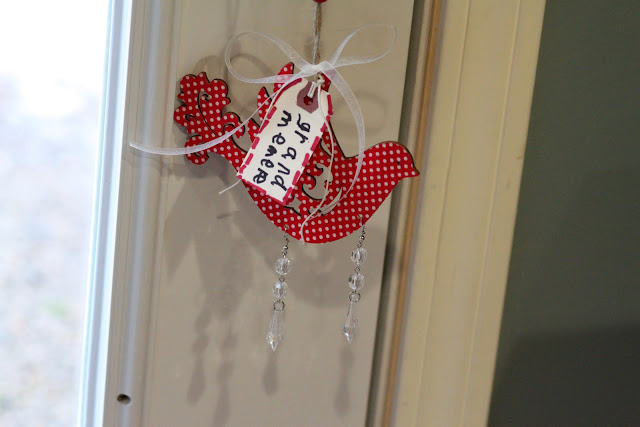 Now only if I could think of something creative to do with the lovely necklace he purchased for me. I'll leave you in suspense until next time.
"Mommy, I knew you would like it!" ...And of course, there is a part of me that does LOVE it! (just not the part that would wear it out in public)

“I discovered that what's really important for a creator isn't what we vaguely define as inspiration or even what it is we want to say, recall, regret, or rebel against. No, what's important is the way we say it. Art is all about craftsmanship. Others can interpret craftsmanship as style if they wish. Style is what unites memory or recollection, ideology, sentiment, nostalgia, presentiment, to the way we express all that. It's not what we say but how we say it that matters.”

This quote doesn't really relate to what this post is about, but it was one that I had to read a couple times to figure out what it was trying to say. I'm still not exactly sure if I get it completely....so, it's sole purpose is just to make you think...