It's that time again....baseball season is here. E thinks he wants to be a pro after playing baseball on PlayStation for a couple months. Before the opening day parade, he was trying out his dives in the house. Thankfully, no one was injured during the process. 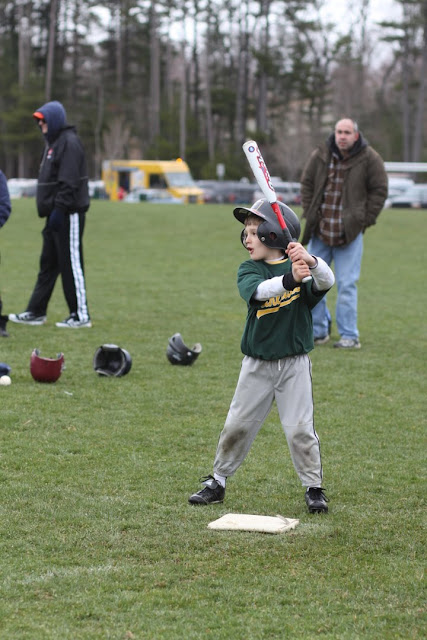 E couldn't have been more excited to play catcher and wear all the gear on opening day. He had been talking about the fact that someone was going to play catcher this year during every game (last year the coaches played catcher) and I turn around to see him getting on the gear...slick! He's been telling everyone ever since... 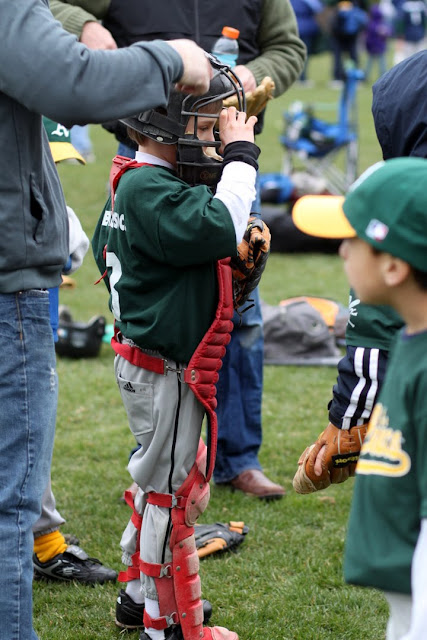 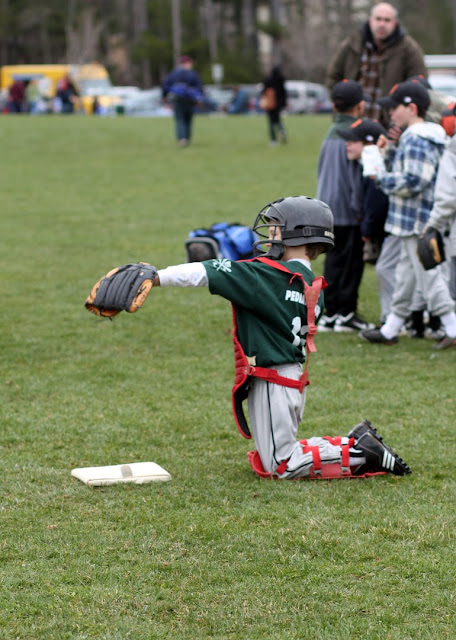 I'm not that much of a fan of baseball. I enjoy a game here and there, but it's a little too slow moving for me to be entertained the entire time. Watching your own kid out there is a different story though. Although the game moves even slower with little kids, there is something about watching E that makes it fun. He's figuring things out and when he gets a hit or makes a catch, it's exciting.

Check out this hit!

He's looking like a big boy...not sure I'm too crazy about that! 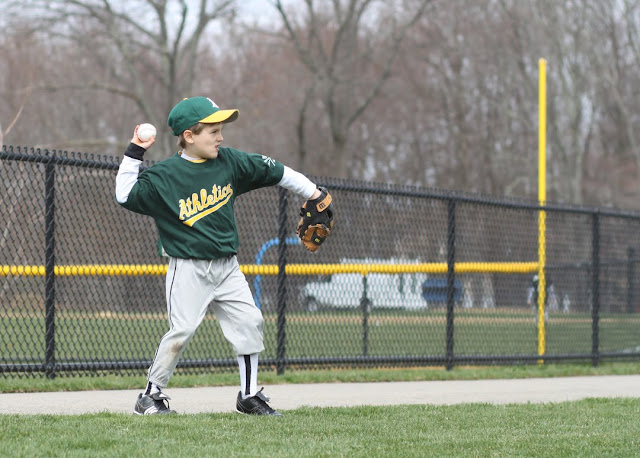 I'm convinced that every boy, in his heart, would rather steal second base than an automobile. ~Tom Clark