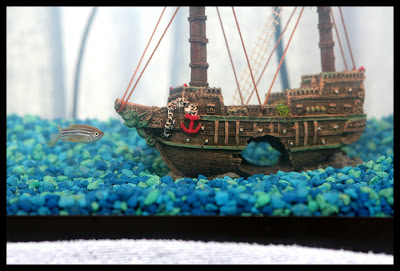 ...ebra, the newest member of our family. Evan often has random thoughts about things and one day he decided he wanted a goldfish. Ok...well, that doesn't seem like a big deal. Get a gold fish and a fishbowl and we're all set. Apparently, most fish can not survive in a fishbowl (now we know why we never had our goldfish for more than a couple of weeks). So, $100.00 later, here we are with our 10 gallon fish tank and our new fish, appropriately named by Evan, Zebra. I like to refer to him as "Z" for short. He will have some friends in a couple days, as we are adding them in slowly to give them time to adjust. 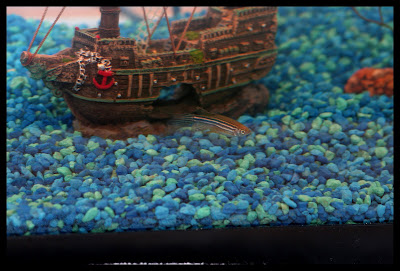 I will be sure to update you as the family
continues to grow and flourish (let's hope).


I'm wondering, do fish ever sleep? This little guy hasn't stopped swimming! He kind of has the same personality as his five-year old owner.
Posted by Linda at 9:16 PM