What's in a name? (from www.websters.com) "Irene \i-re-ne\ as a girl's name is pronounced eye-REEN, eye-REE-nee. It is of Greek origin, and the meaning of Irene is "peace". Mythology: Greek goddess of peace. Saint Irene (fourthcentury) was one of the three sisters martyred for their faith in Macedonia. The three-syllable pronunciation is mostly British. Common during the Roman Empire, but first used in English-speaking countries in the mid-19th century. Irina is popular in Russia. Actresses Irene Dunne, Irene Worth."

Peace, Really? When I think of Hurricane Irene, Peace is pretty much the last word that comes to mind. She packed a good punch and we didn't even get the actual hurricane; we got a tropical storm by the time it came up to us....thank GOD! Winds were around 60 mph and that was just about enough for me. We even ventured to the basement with flashlights a couple times because I was worried a tree was going to fall on our house after a couple big trees from our neighbor's yard were uprooted and crushed our swingset. Sooooo scary!!!! 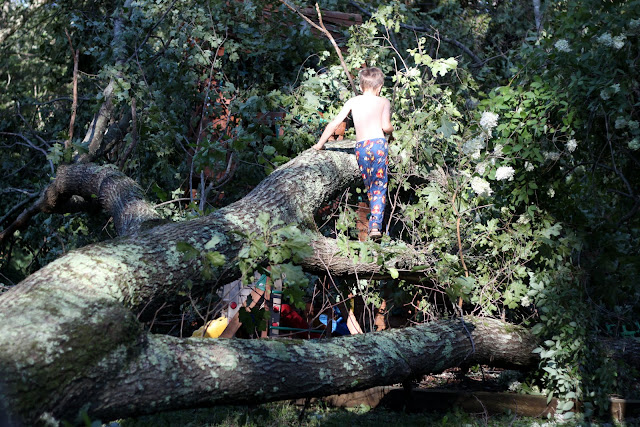 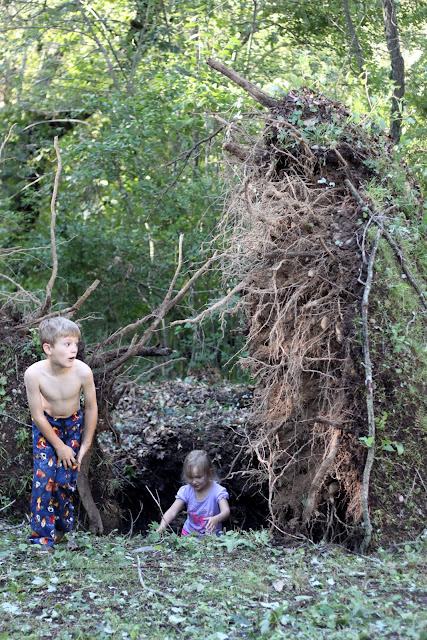 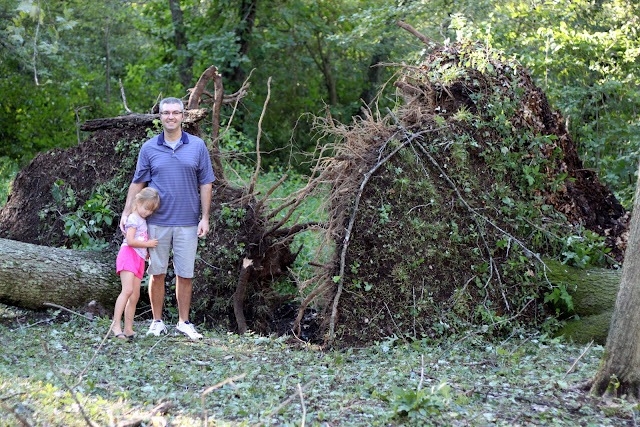 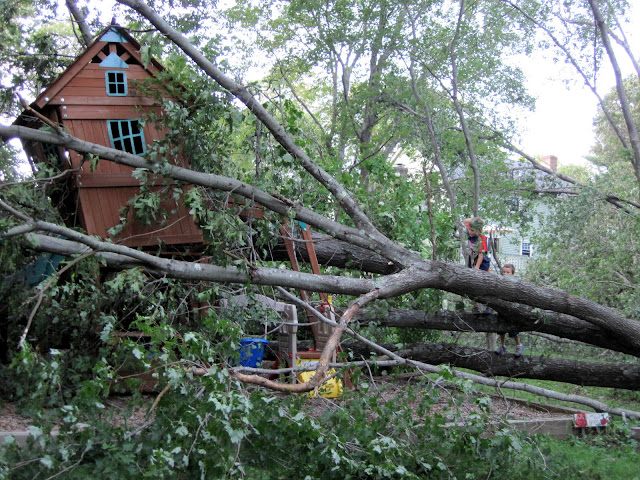 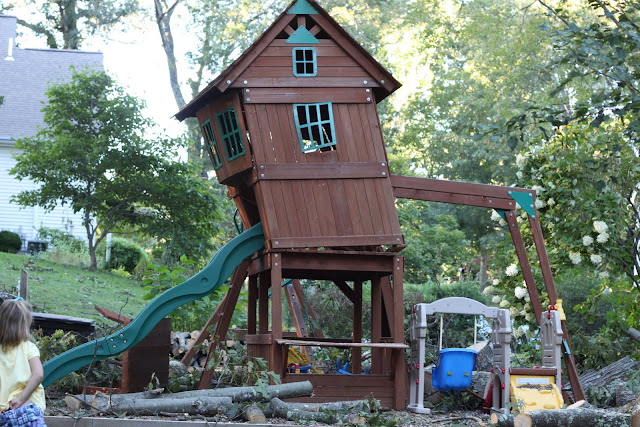 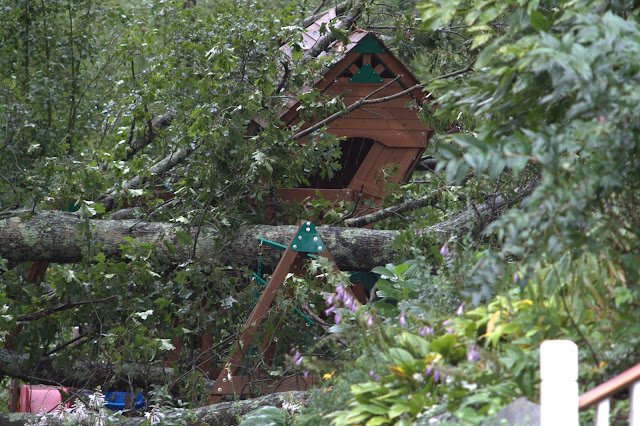 We will have a lot of firewood this year.

If we have no peace, it is because we have forgotten that we belong to each other.
Mother Teresa

Imagine all the people living life in peace. You may say I'm a dreamer, but I'm not the only one. I hope someday you'll join us, and the world will be as one.
John Lennon
Posted by Linda at 10:34 PM