As I wrote a Facebook message to my son's birth dad this afternoon, it caused me to reflect on how much all of us have grown during these past 11 (almost 12) years, and I don't mean physically. The thing about adoption is you don't adopt a child and then it's over. It doesn't work that way. Adoption is a process that plays out in a variety of ways, throughout an entire lifetime.

Way back when we started considering the adoption process, I couldn't fathom that we would ever have close contact with the birth families of our babies, never mind send them a quick message via social media. By the time we were on the official waiting list for our baby, our hearts had changed and we had educated ourselves about the real deal of open adoption, not the myths you often hear about through the media. Our babies were and still are also part of something bigger, and brought into the world by people who love them beyond words. 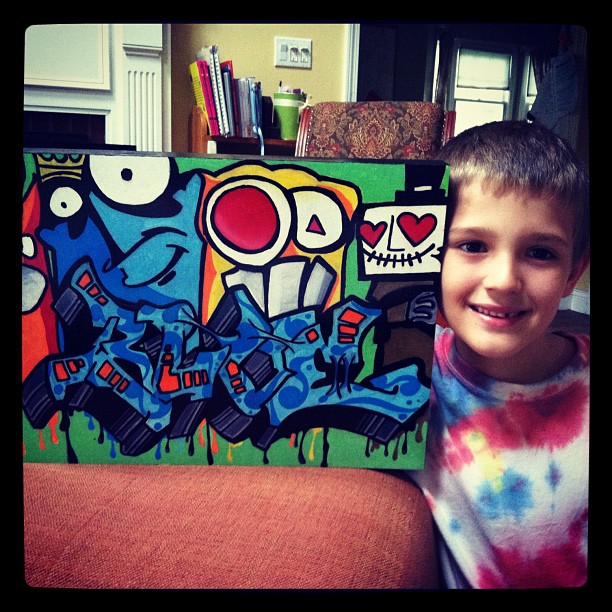 The adoption triad is defined as
"the three-sided relationship that exists in an adoption between birth parents, adoptive parents and the adoptee, each of which is interrelated and inter-dependent on the others."

This relationship is especially evident if the adoption is open, meaning there is some type of direct contact among the triad. The adoptions of our two children are open, domestic adoptions. Our E was actually born 10 minutes away from our home at the local hospital, his birthfamily has seen him multiple times since he was born, and yes, we are "friends" on Facebook.

For those of you unfamiliar with open adoption, it's most likely a scary thought. For us, we can't imagine adoption any other way. Prior to adopting E, we met his birthparents, two teenagers making a decision that would effect them and their child for the rest of their lives. They were madly in love with their little boy and were in the midst of making a heart-wrenching decision to place him for adoption, a choice that demonstrates nothing but LOVE. 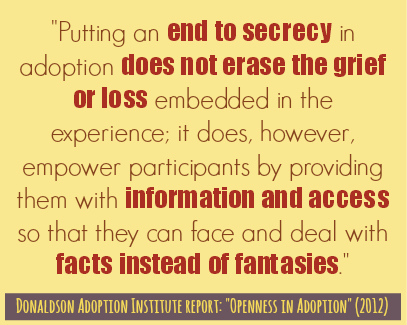 After meeting E's first parents, we were able to meet our E at his foster placement. Our adoption agency places newborns in a foster home for a specific amount of time, as to prevent the families from making decisions they later can't change. It allows some time to process. Before bringing E home at 22 days old, we visited him several times, as did his birthparents.
I don't remember everything from those visits; the entire experience was overwhelming.

I do, however, remember the foster mom saying, that E's birthfather "would make a really great dad". Gulp...why hadn't I ever pictured him as a dad? It was then that I had my first "aha" moment, when I stopped disconnecting myself from the situation and emotionally jumped in, but still not head first. He is our E's first DAD, the first to welcome him into the world, the first to hear his heartbeat and the first to hear him cry. He is also the source of his Portuguese decent and great sense of humor. 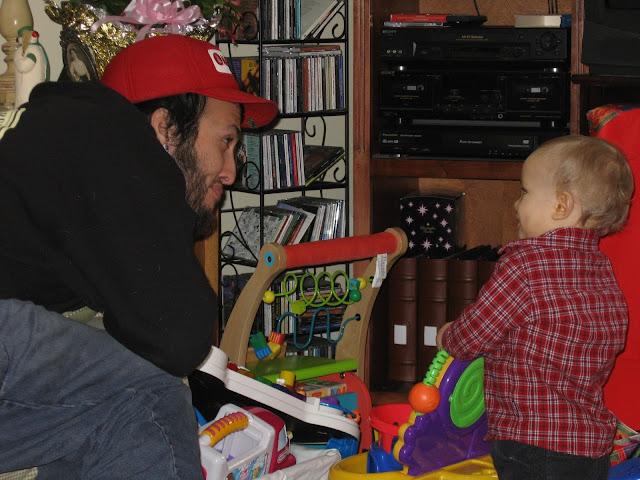 When I recall what the foster mom said that day, I think about the feelings that E's birthfather has experienced since the birth of his little boy, I also tend to feel that birthfathers are often left out of the triad. We often hear about birthmothers, but how about birthfathers? 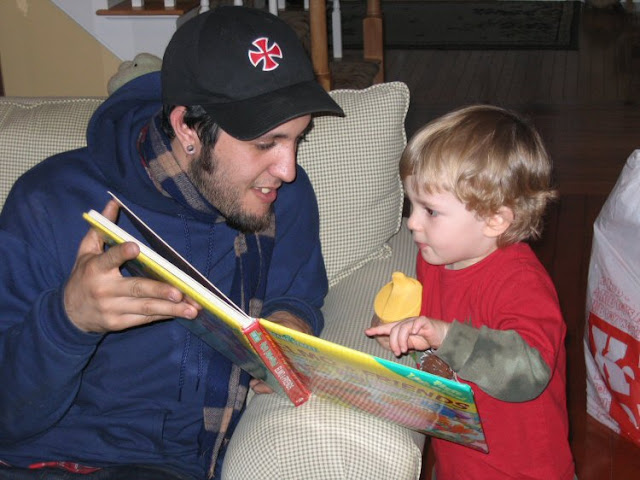 There is no doubt that my children love Vic and I as their mom and dad, but the reaction and love they receive from their birth family is something I am unable to provide to them. When E visited with his birth dad a couple of years ago, I was able to see a part of him I had never experienced even after being his mom for almost 10 years. 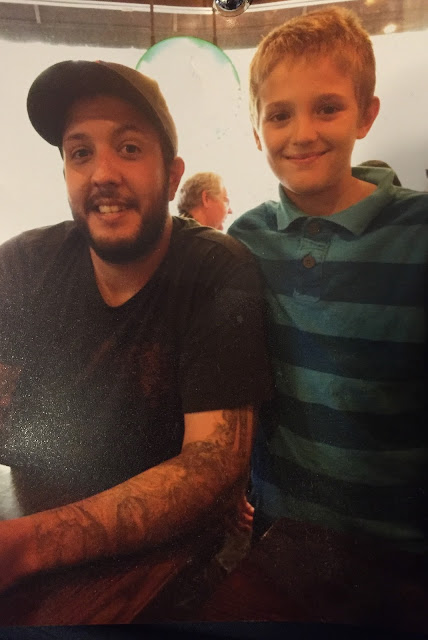 E adores his first dad and when he gets angry with us, he claims he's moving away and living with B. The old me would have been threatened and hurt by such a statement, the new me is so happy for E that he knows he is loved by so many. I continue to be in awe of the bravery of the birthparents of my two children and am forever grateful they chose us as well as the journey of open adoption.

"Accept the things to which fate binds you, and love the people with whom fate brings you together, but do so with all your heart."
-Marcus Aurelius

More stories about E and his first family here and here. I have also written about Little Miss and her birth mom here. And I've also gotten on my soapbox to share some rants here.

If you're interested in reading all my posts about our adoption experience, click on the adoption label to the right of my blog.
As always,thanks for reading.
Posted by Linda at 9:39 AM

Linda thank you for sharing such a wonderful part of your life! You have such a gift with words and I love reading everything you post.