My parents have taught me that if I don't have anything nice to say, then I should refrain from saying anything.     I guess that's why I haven't blogged over the past few days.  I've been cranky and who really wants to hear non-stop bantering about my problems?  So, I'll give a brief synopsis:  The nausea monster reared its ugly head several times during the past week and things just haven't been all that great.  To make things even more interesting, I now have what feels like a tennis ball made of brick in my arm pit; it is very unpleasant and really hurts.  The appropriate term would be lymphedema.  Marc, my original PT has less hours at the office I visit and let's just say, I miss him and his expertise.  My sister-in-law came and worked her magic on me yesterday and I was able to get some temporary relief; unfortunately, though, it didn't last long.  I woke up this morning with lots of stiffness, pain, and very little range of motion.  I'm starting to feel like a certain purple dinosaur again. I'm hoping my appointment with the other PT today will help me out, at least until I see Marc next Tuesday.

In other news, a certain little boy finally lost his snaggle tooth.  He got bumped in a pool and it was just enough that he could finally pull it out. Yippee...the wonky tooth thing was getting old.  Now the other one is loose too. Toothless grins=cuteness overload. 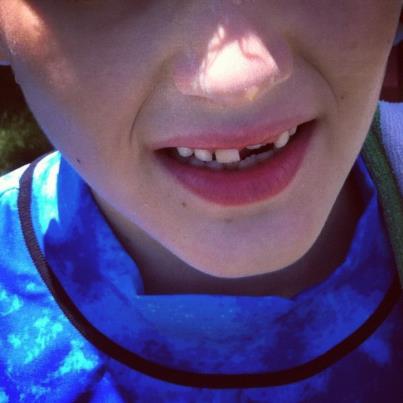 The sports' season has come to a close for now.  E started playing goalie during his last several soccer games.  I think he may have found his thing.  He certainly is not afraid to throw himself on the ground in front of the ball. 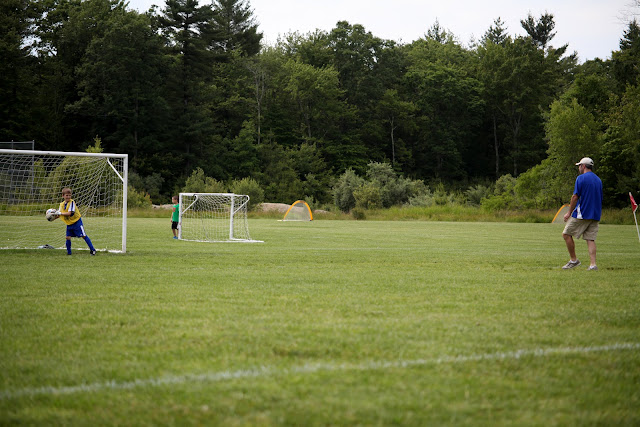 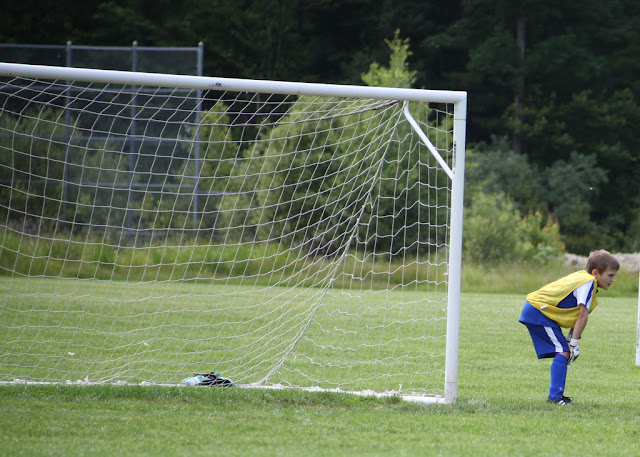 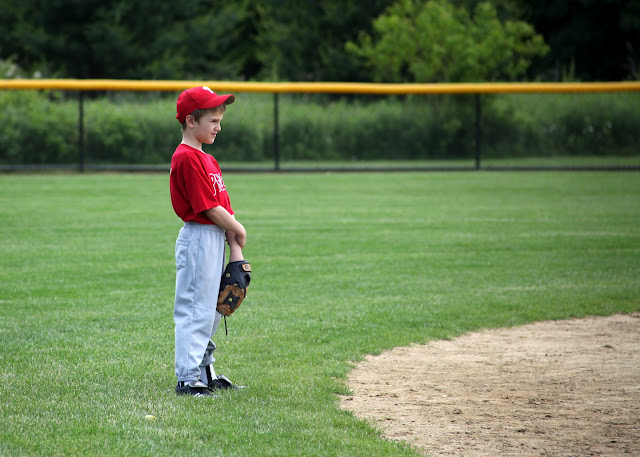 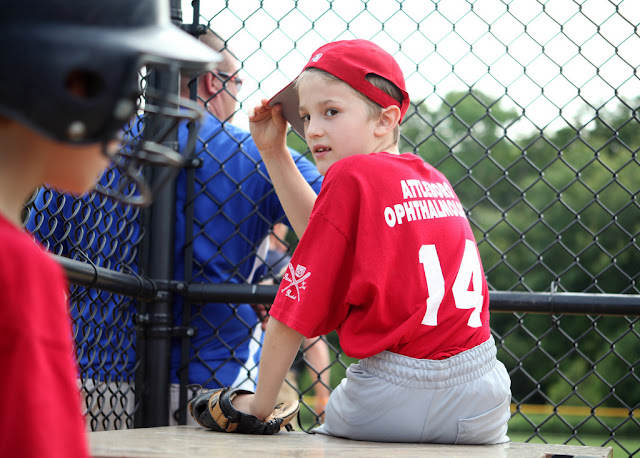 On the night of the relay, and E's last baseball game,  E's baseball coach wanted to wear pink in support of a certain someone.  I was so touched.  Thank you Coach Duncan; you really are the best! Not only do you teach the kids about the game of baseball, you teach them the importance of being kind, compassionate members of a team...priceless life lessons. 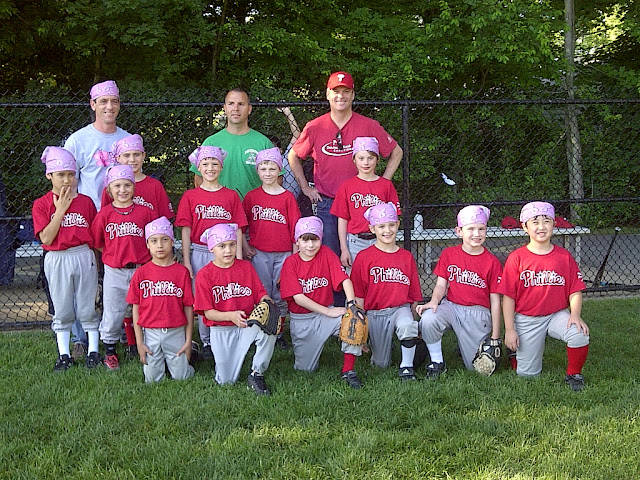 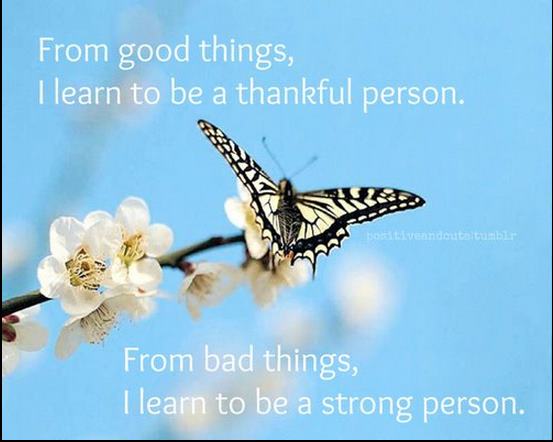