When Little Miss told us she wanted to play soccer again this season, we were very surprised.  I asked her several times if she was sure she wanted to play, secretly hoping that she would change her mind because I dreaded the thought of her being miserable every week when it was time to leave the house.  The last time she played she didn't seem to enjoy it all that much and she generally liked to practice her acrobats instead of dribbling when she was on the field.  She often played for a short time and would then give herself a time-out for the rest of the game.

This session she played every game and some of the time she actually seemed to enjoy herself.  She especially liked playing goalie. 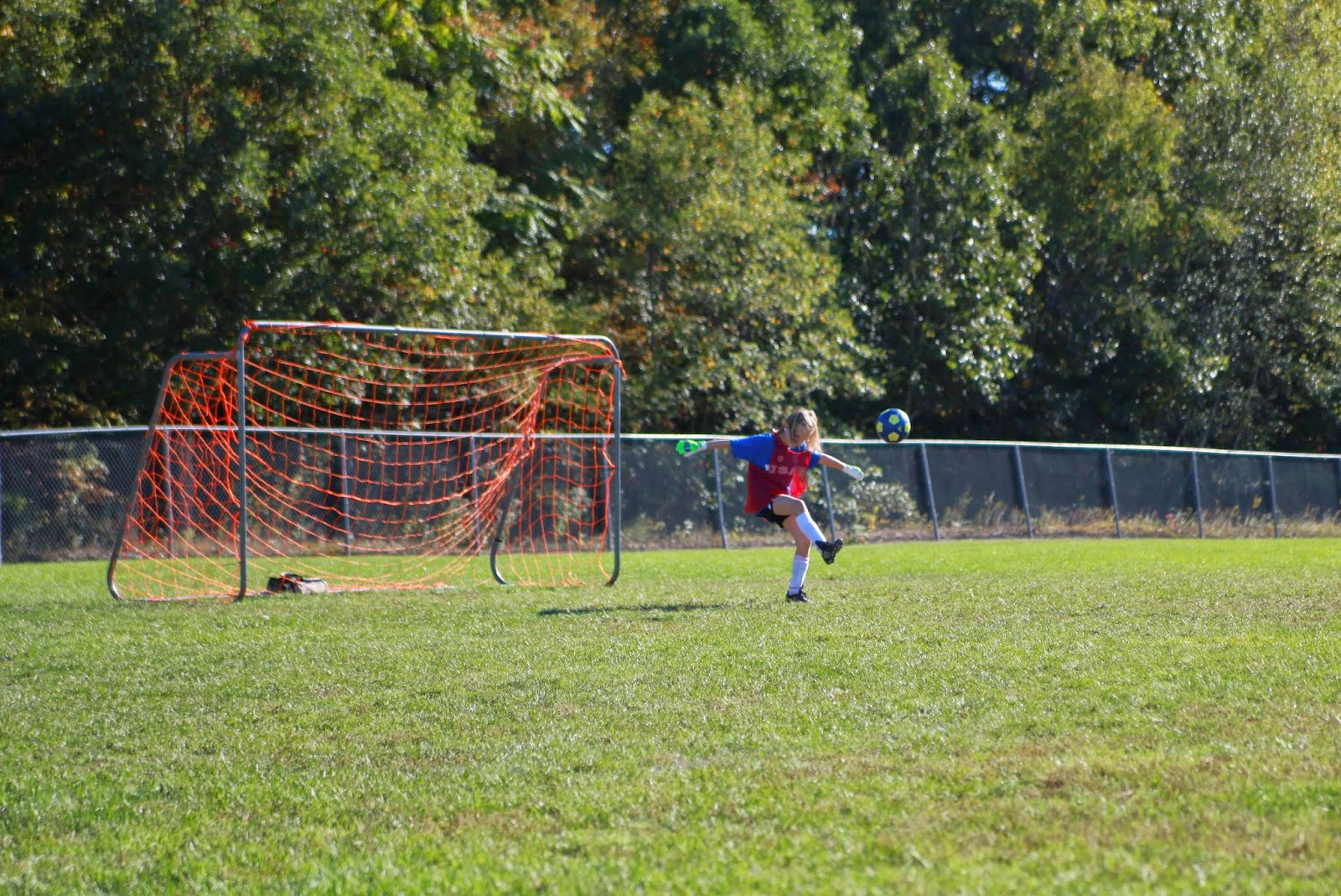 Although our Little Miss is not a superstar athlete, she is our superstar, and, it was great to watch her put some effort forth and gain confidence and skills.  We are proud of her for sticking with it, even when sometimes it wasn't her favorite thing to do. 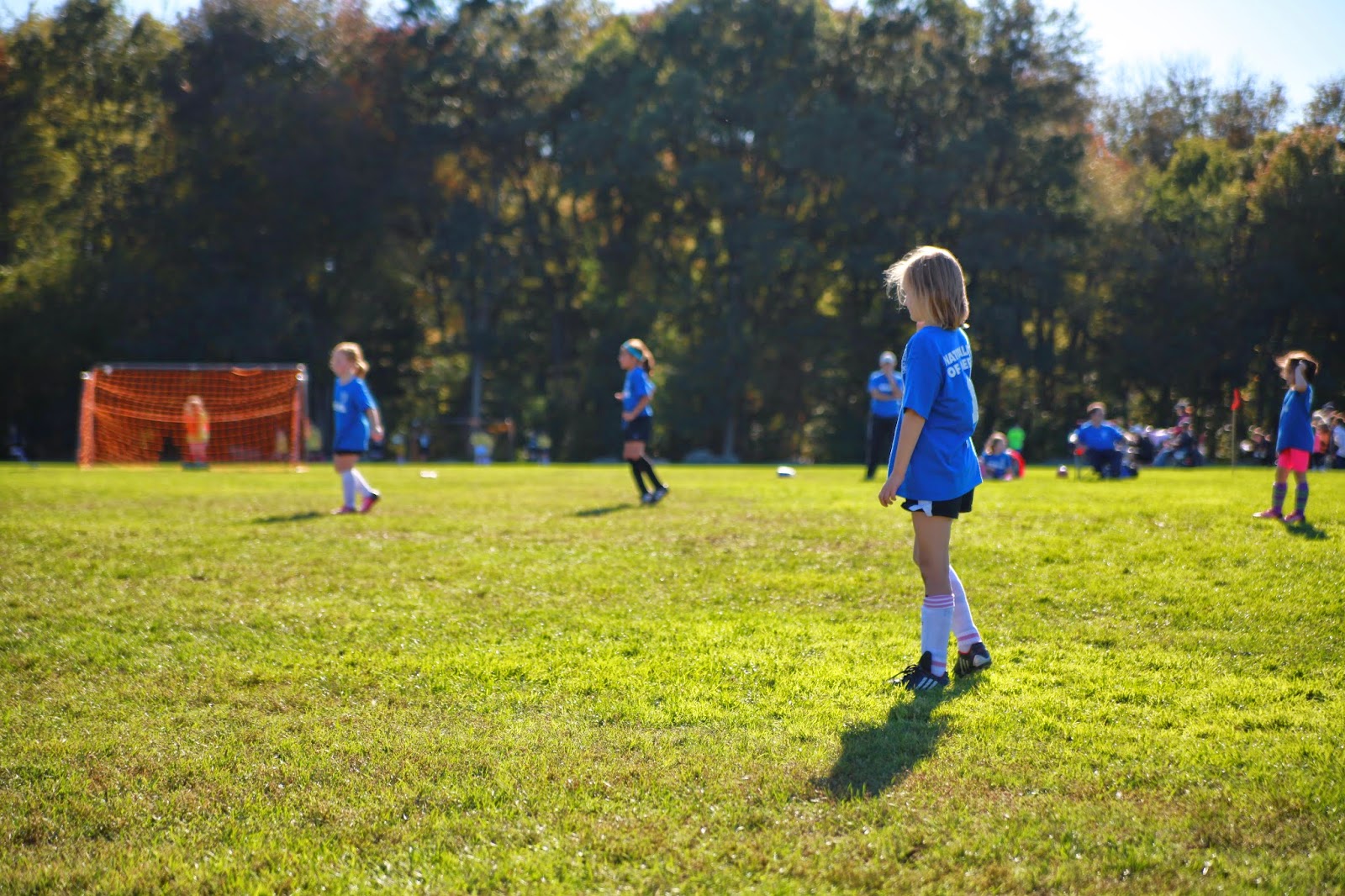 During the last game, she even came close to scoring a couple of goals, and I had some proud Momma moments.

It made me forget that she had a meltdown 5 minutes before leaving for the game because her cleats were too small. 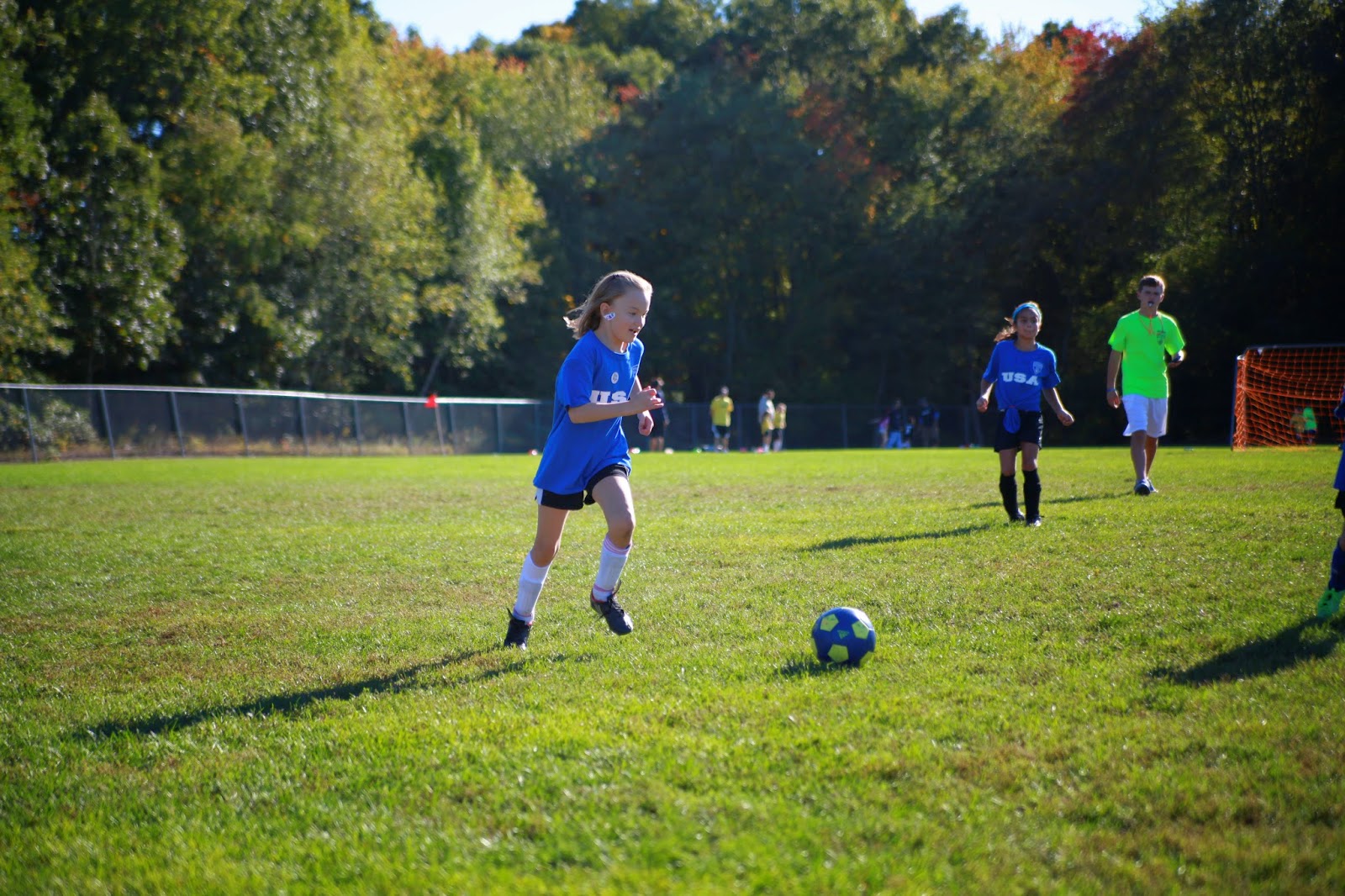 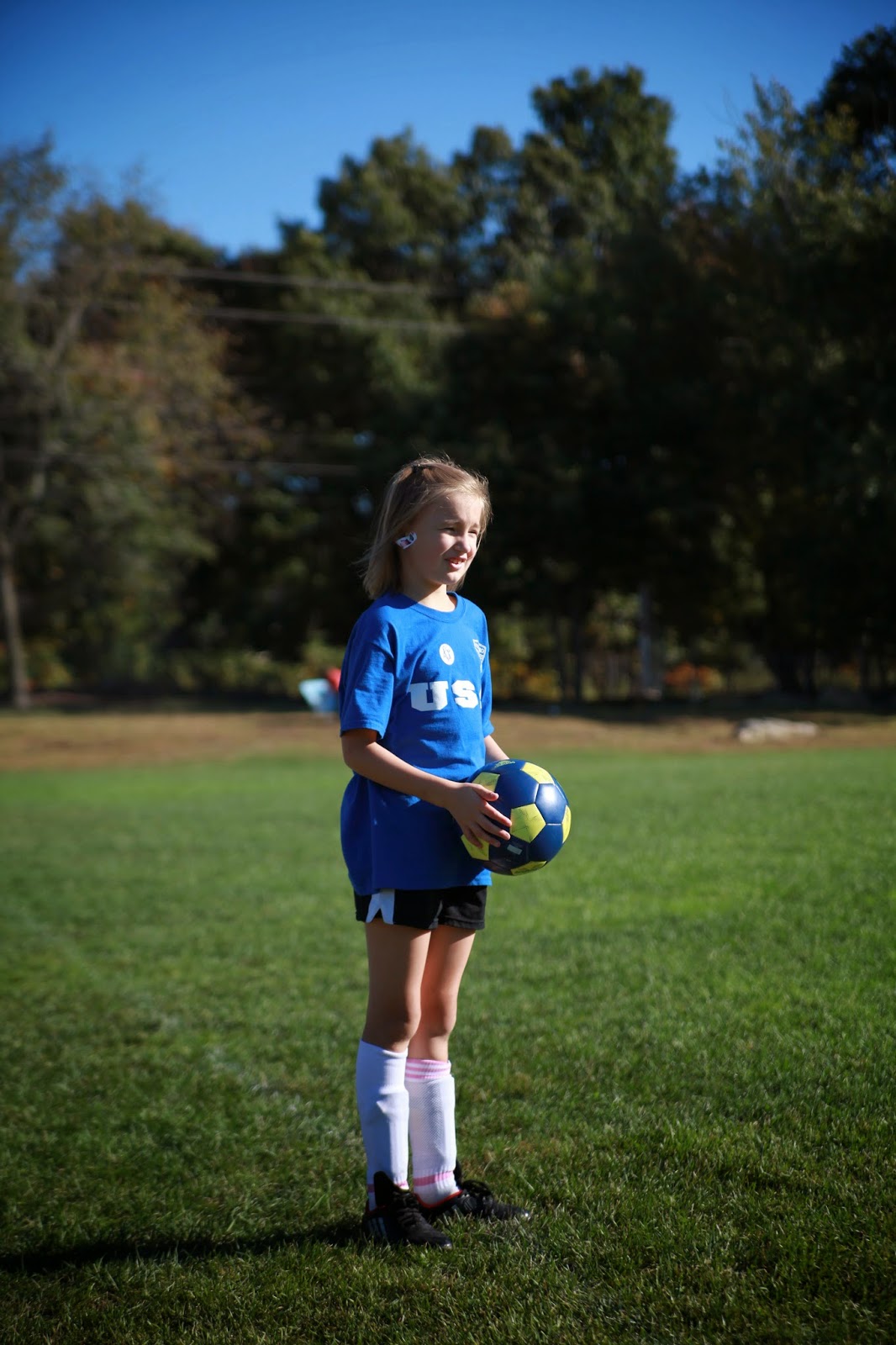 And now she is already talking about playing again... 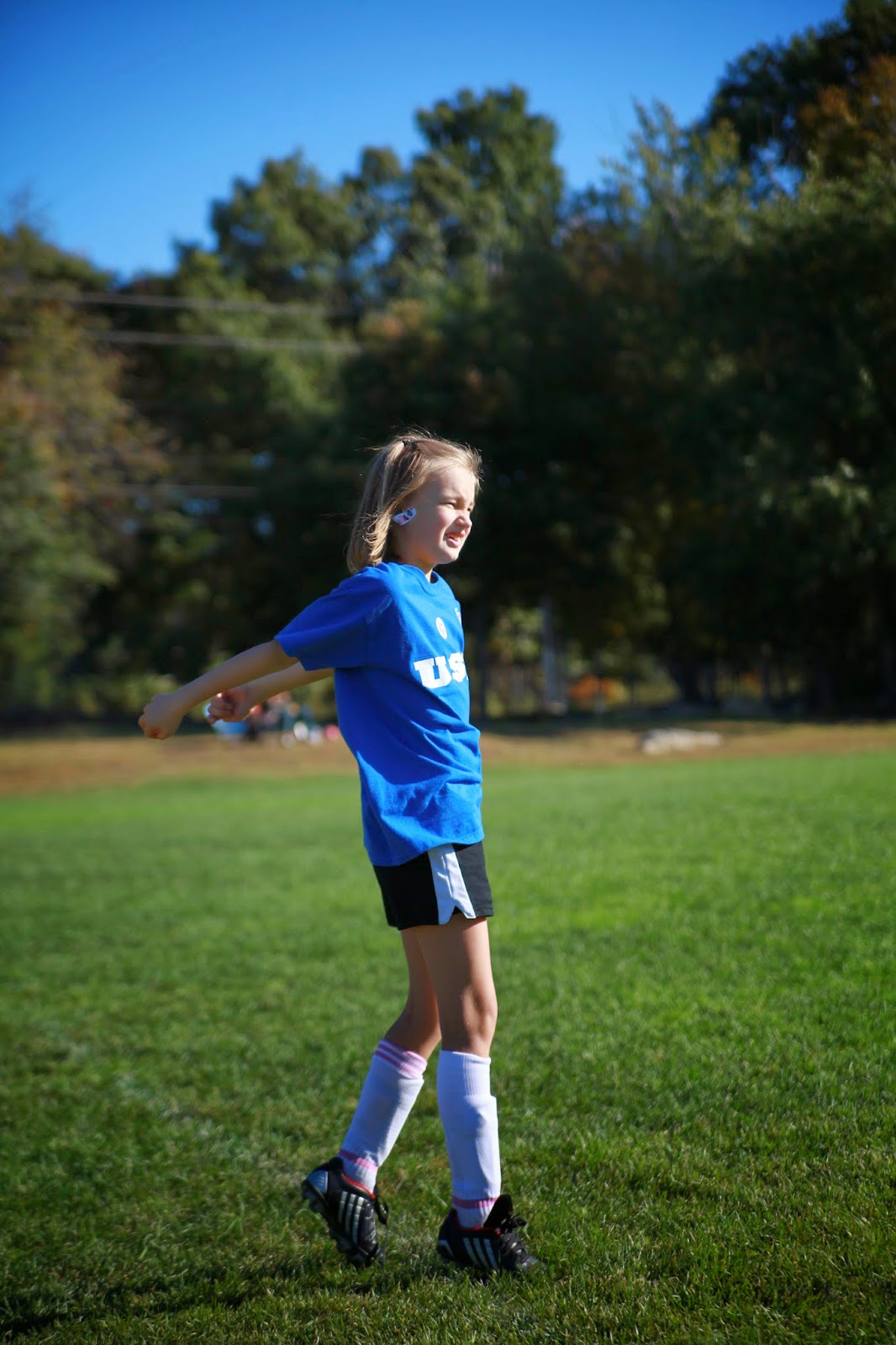 "No one succeeds without effort...those who succeed, owe their success to perseverance."
-Ramana Maharshi