If you've never gone geocaching, you really must; it is so much fun! Yesterday, E and I invited ourselves along with my brother and sister-in-law and their two oldest boys when they went "treasure" hunting. Geocaching is essentially a "treasure" hunt guided by a GPS device that leads you to a cache. There are millions of these caches hidden all over the world. We found 3 yesterday in our city. The fun part really was the journey in getting there because we visited places that we typically would not have seen so "close up".
I have seen this old steam roller multiple times per week and I've wanted to stop and take pictures of the kids on it. Well...guess what! There was a small cache in one of the spokes. 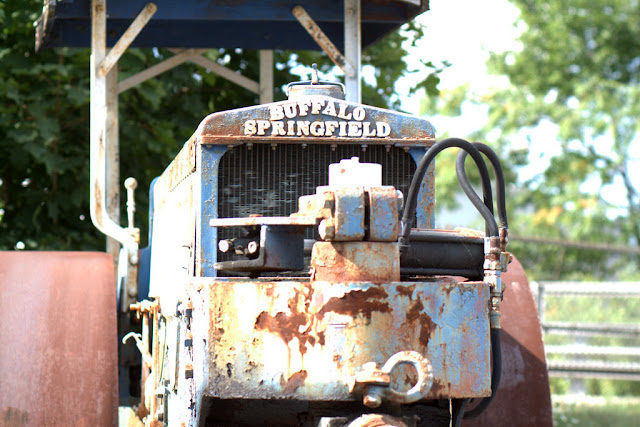 E's first instinct was to climb the steam roller...of course! 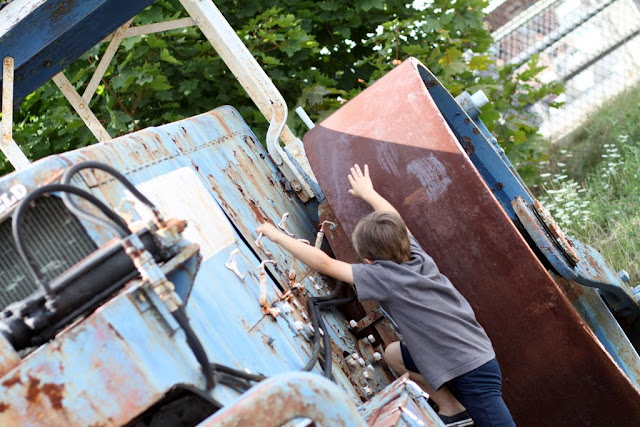 The boys looked and looked... 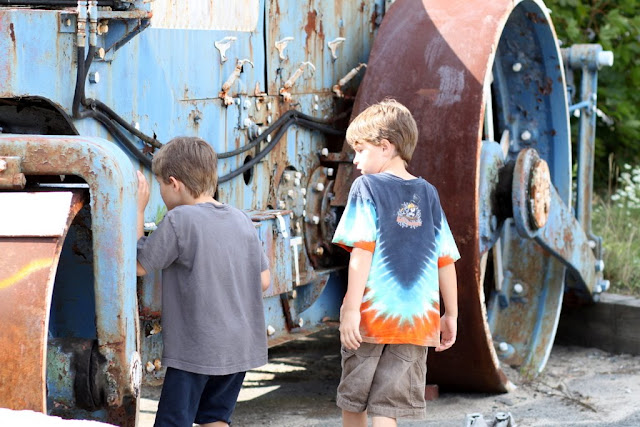 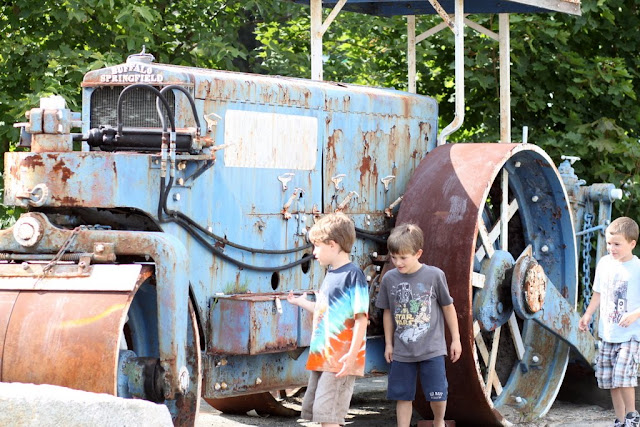 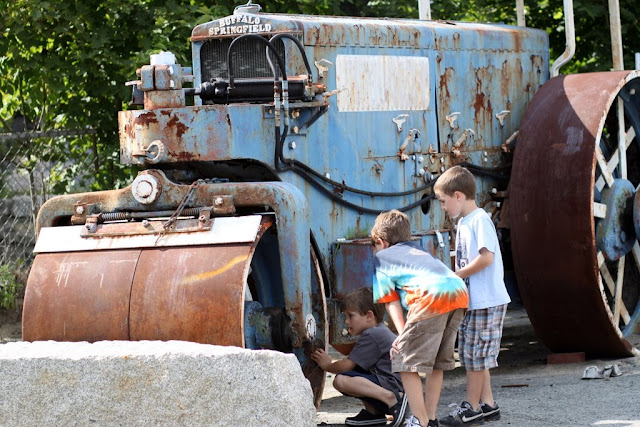 ...until E found it in the spoke. He was very excited! 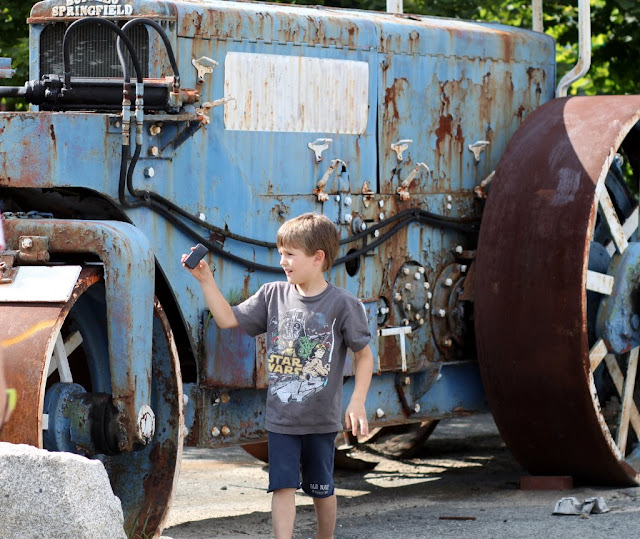 This cache, along with the other 2, were small and basically contained the log to sign. As I said, the fun really was in getting to the treasure, not necessarily what there was at the end.

If there is something in cache that you want to have, you are supposed to leave something behind in exchange for what you take. 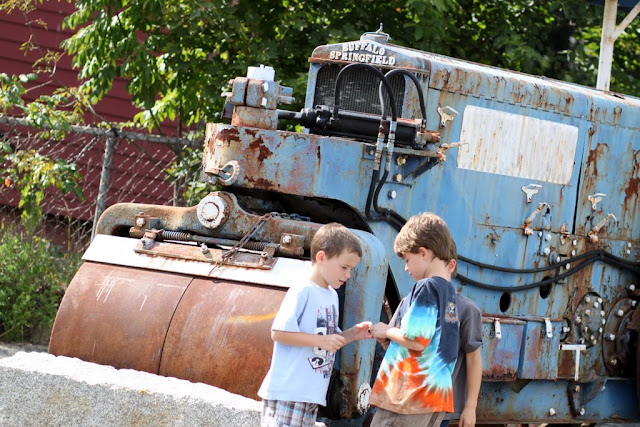 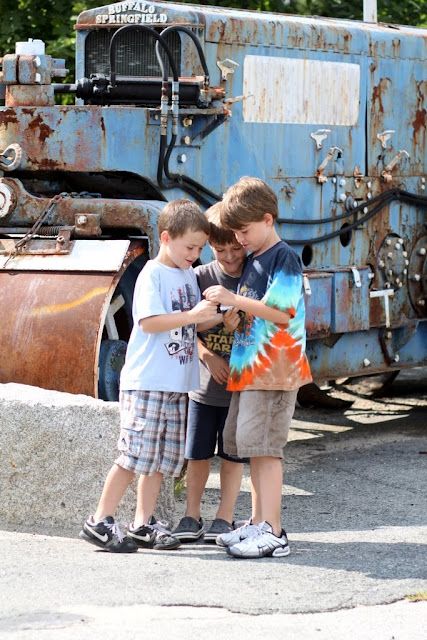 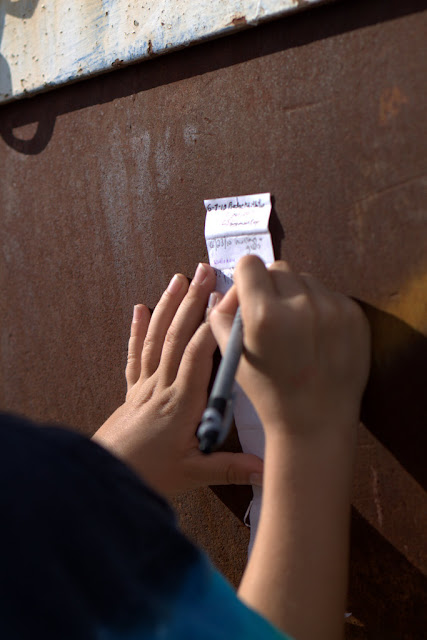 One last picture before moving on. 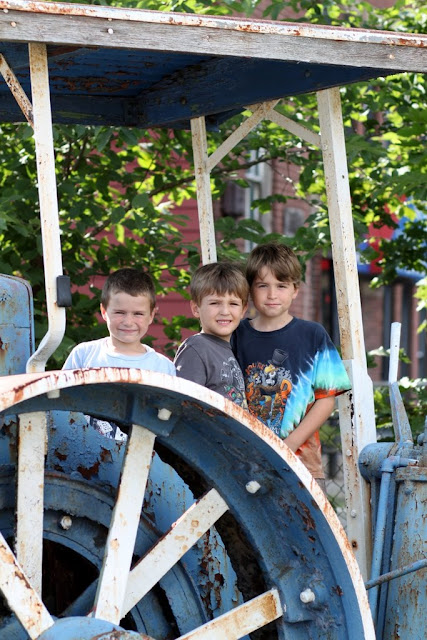 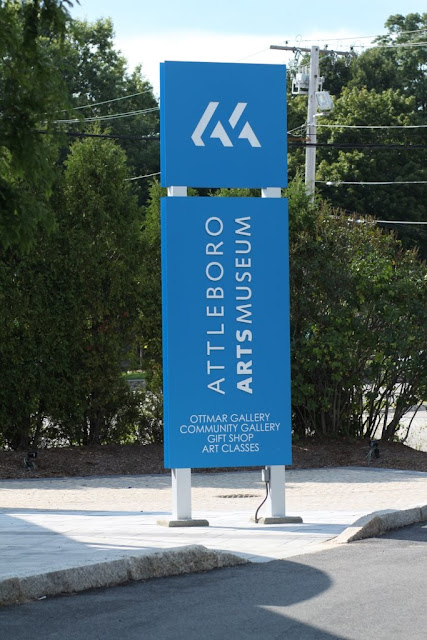 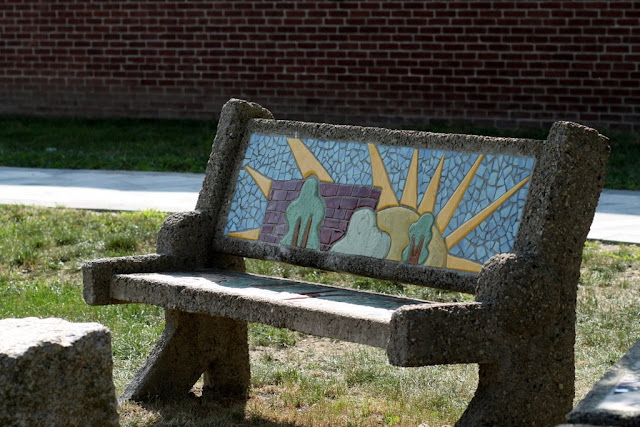 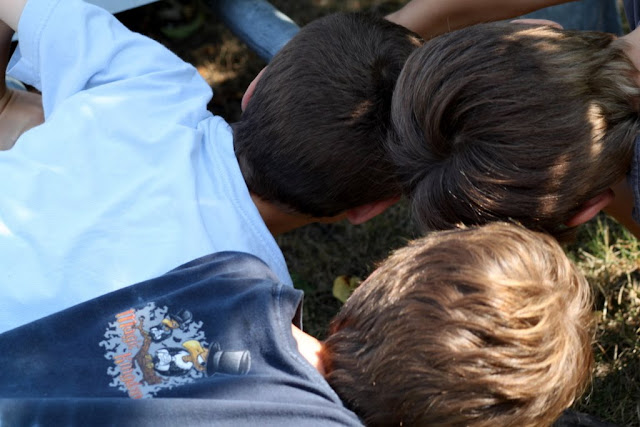 This treasure had an added bonus along with the log. 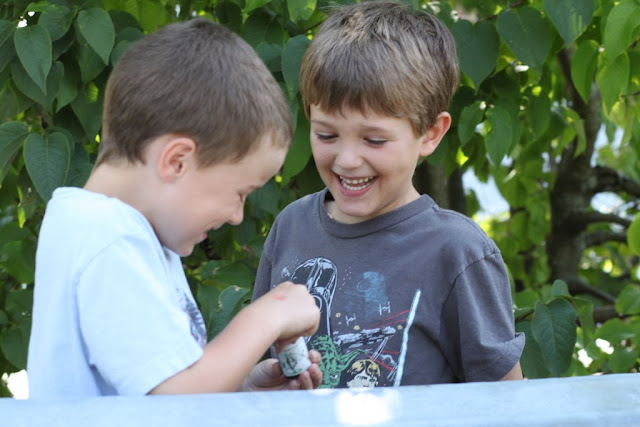 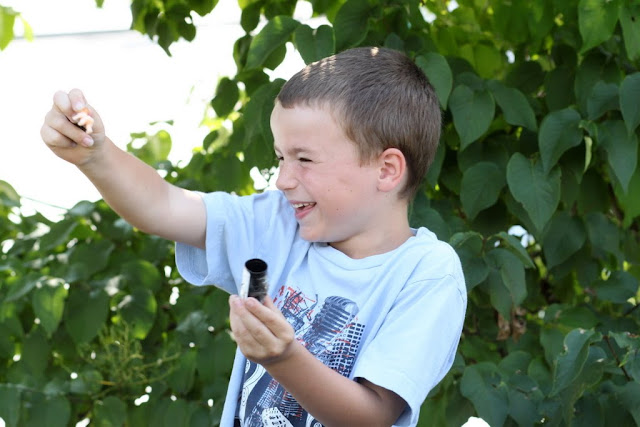 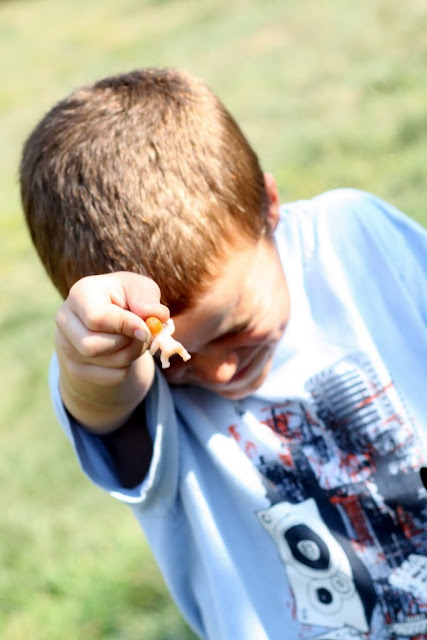 One of the "geocachers" who signed the log had the title Naked Baby, so we're assuming he/she leaves this token behind....so fun! 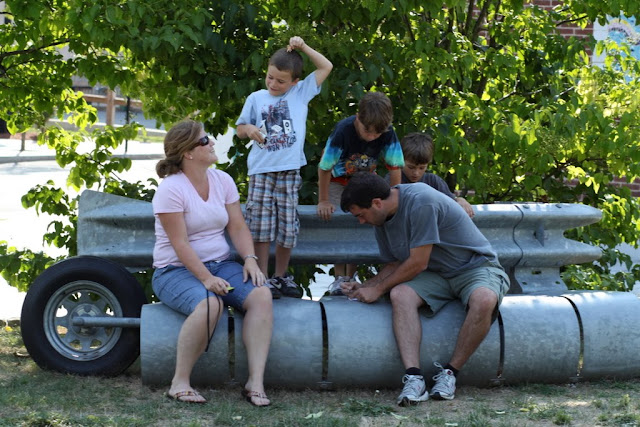 The GPS went a little haywire and led us through this old cemetery. Ultimately we discovered that there had originally been a cache hidden in the Veteran's Memorial Site, around the block from the cemetery, but it was removed. 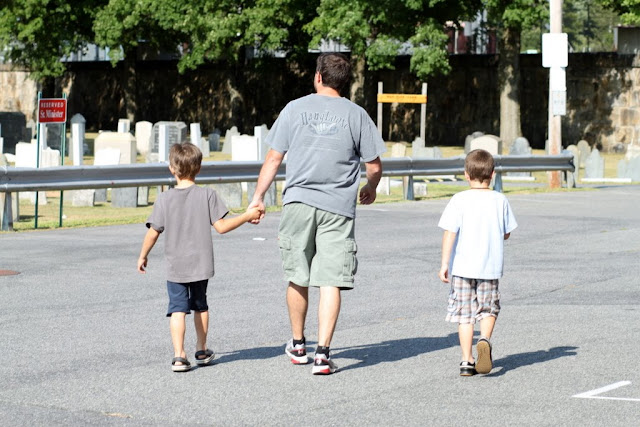 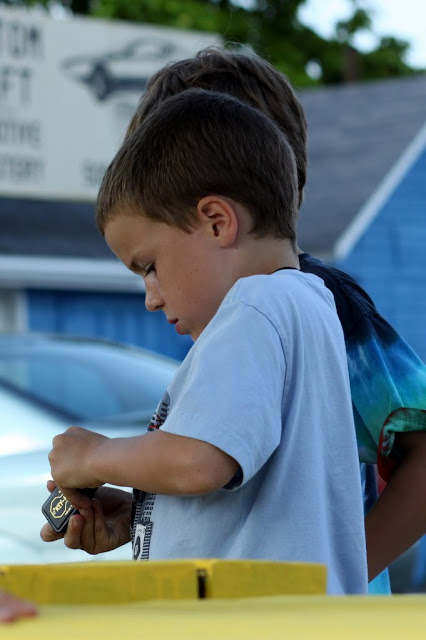 Yes, at Del's, under one of the picnic tables. We finished out our two hour long treasure hunt with frozen lemonade. 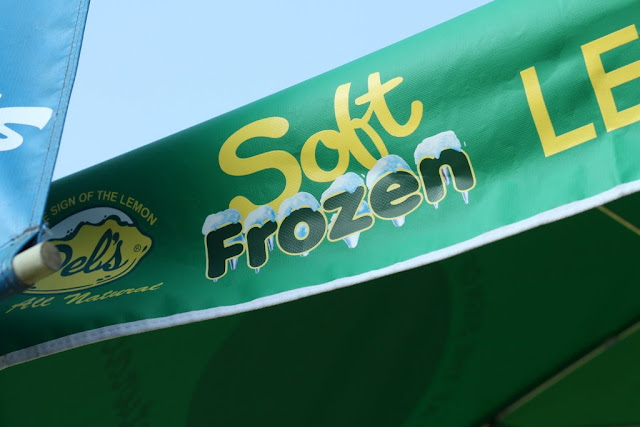 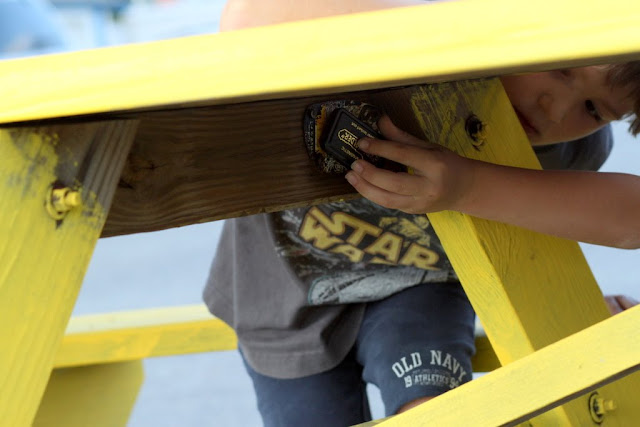 Imagine the fun that you could have taking your geocache GPS with you on vacation?

"It's not the end, but the journey in getting there."