Hmmmmmm...not really sure what I have to say, but I feel like I should try to think of something since it's been a couple of days.

We went to pick blueberries on Saturday and the woman let the kids choose some flowers to cut. E went for the sunflowers and after minutes of selecting the perfect flowers, he made his sister hold them. E then proceeded to run and climb to the top of the old metal structure in the yard which apparently was an old jungle gym. I have pictures of that too, but I'm too lazy to upload them right now; I'll save it for another time. Then the woman said, "Well, he is a spirited one, isn't he?"

"Yes he is and that is exactly how we describe him!"

His emotions are raw and genuine and his smile can light up a room (sounds goofy, but it's true). Love him! 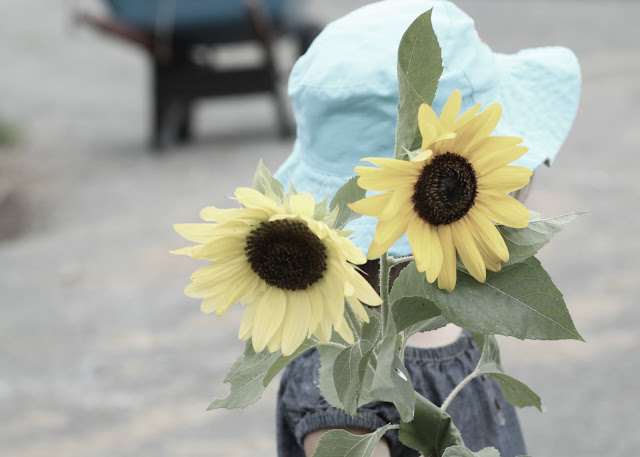 E probably ate at least 2 lbs of blueberries while he picked. On the way home, he had to go to the bathroom....well yeah after that many blueberries, who wouldn't have to go? 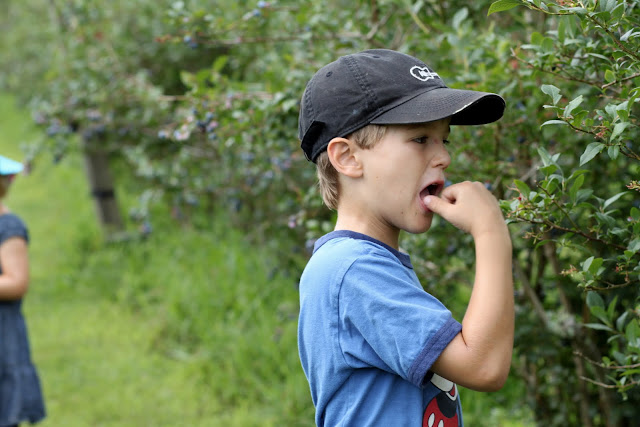 Last week we went to Slater Park and visited "Fanny". I used to visit the real Fanny when I was a kid. Fanny is so famous, you can see her here on Wikipedia...who knew? It's actually really sad to read the information about her and how she was confined to a small space and chained by her back legs. I remember that...
...and I had no idea she used to be a circus elephant! 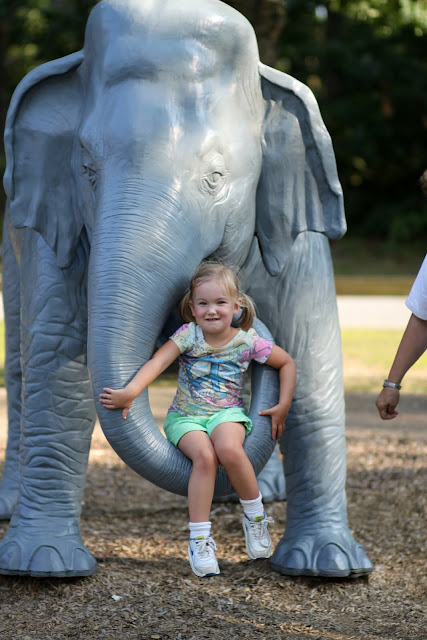 That's all for now. I'll try my best to be more creative with my next post. It's not easy this late at night.
Posted by Linda at 11:32 PM